The Wing Kong Exchange (www.wingkong.net) has been around in one form or another for over 20 years.

It began as a small UCLA-sponsored fan site on the early World Wide Web back in 1996 dedicated to providing fans of Big Trouble in Little China with sound clips from the film, which was somewhat of a novelty back then.

It later expanded to include video capture stills (some of which are still in the pictures section!), video clips, and eventually fan art, music, and writings. I even dabbled a bit in Flash design and started working on an unfinished animated series “Big Trouble in Little South Park” which you can find on this site.

After numerous requests, I was eventually able to make and sell replica tee shirts and tank tops based on Jack Burton’s iconic design. I have been selling this (as well as licensed Big Trouble in Little China merchandise) since 2003.

Ultimately the site is a hobby and I’m glad it still gets visitors and supporters after all these years. Feel free to drop me a note to say hi, offer comments or suggestions, or share your experiences regarding John Carpenter’s fun film. 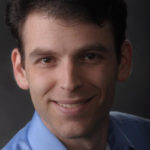