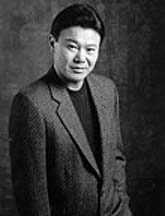 I am a big fan of BTLC and I want to tell a story about a time I talked to Donald Li, the Chinese actor who played in BTLC as Eddie Lee.

I was in LA in 1997 when I went to a restaurant called the Shogun. I was eating some Sweet and Sour Chicken and was with my fiancee.

It was a expensive restaurant and while my fiancee was going to freshen up in the ladies room, my eyes wandered around the restaurant saw a big Chinese guy with a woman who turned out be his wife (who coincidentally was white) and a small Asian boy. I took a good look and the face looked familiar. I combed my mind trying to figure out who it was because he looked so familiar – kinda like Chow Yun-Fat, but was too young-looking to be that, and all of a sudden it rang to me that he was that guy in Big Trouble in Little China.

I was skeptical at first and when my fiancee came back I told her I recognized that guy. I told her he was a star in BTLC, and to my surprise she knew about the movie. She told me that she had a crush on Kurt Russell after seeing the movie and after seeing Overboard. I was surprised as well because the movie wasn’t even really a hit in the box office. I told her I wanted to go check and see it was him and she encouraged me all the way – so in the words of Jack Burton, “What the hell” – you never know till you try!

I went over and introduced myself, and told him how much I loved the movie and his performance in it. He was all smiles and told me he enjoyed working on the movie and he said him and Kurt Russell, along with Kim Cattrall, still kept in touch. It was like a dream that came true.

There were a few questions I asked him and a few at the time slipped my mind:

Me – How did you get casted?

Donald – My agent told me about a project that John Carpenter was working on, telling me it was a Chinese / American Action-Adventure film with east and west cultures mixed. I was interested in trying out for it. It was in 1985, when I was 24 I went to the audition at Fox Studios. I was interested in being one of the three Storms originally.{He and I were laughing after he said the comment about the Storms} I was beaten out by a bigger guy who was later replaced to play Thunder by an actor with the last name Kwong or Wong, I can’t remember [Peter Kwong] and I tried for Lightning but they were looking for a smaller guy so they picked James Pax. I finally tried out for one of the Wing Kong soldiers but Mr. Carpenter came up to me and offered me the role as Eddie Lee a suave matre’D who has a medium role in the movie. I tried out for it and got the role after the audition the next day.

Me – How was production?

Donald – It was very enjoyable. I liked my role and wished I could have been in the movie longer, but Mr. Carpenter said that he didn’t want too many support character to interfere with the climax and he wanted to ease in Egg Shen, LOL. (Laughing Out Loud)

Me – Were they going to make a sequel?

Donald – I really couldn’t tell you. I think everyone would come back and make a second one, but Fox isn’t too big on the idea because off the box office return and we’re aging and we’re not sure if Mr. Carpenter would do it or not because he has a certain copyright on the movie.

Me – Are you still acting?

Donald – Yes and No. After BTLC, I went over to Hong Kong and made a few movies for Arena Video. I am working on a movie that is to be released in the U.S about the Last Sovereign emperor of China.

Donald – This is my wife Jennifer and my son Steward.

Me – Nice to meet you all! Thanks for everything, I really appreciate it! Can I have an autograph?

Donald – No problem man, thanks! You make me feel like a big time movie star, LOL!